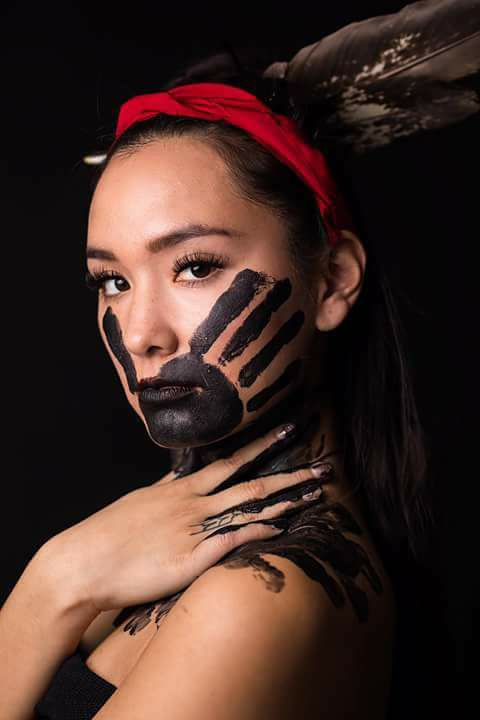 MMIW USA’s number one mission is to bring our missing home and help the families of the murdered cope and support them through the process of grief. We give them hands-on support and guidance and if we don’t have the answers, we get the answers so that these families do not feel abandoned and alone in this struggle like so many have before them. Our broader goal is to eradicate this problem so that the future generations thrive. We are doing that through education of the threats that they face and self-defense. We just started a monthly program to do just that. It is called Staying Sacred and we educate and have self-defense lessons at every meeting. Our strength lies in the fact that every single one of the staff and volunteers have been assaulted or trafficked and our passion is to be the kind of organization that we needed growing up and beyond.

Threaten Our Existence
Expect Our Resistance 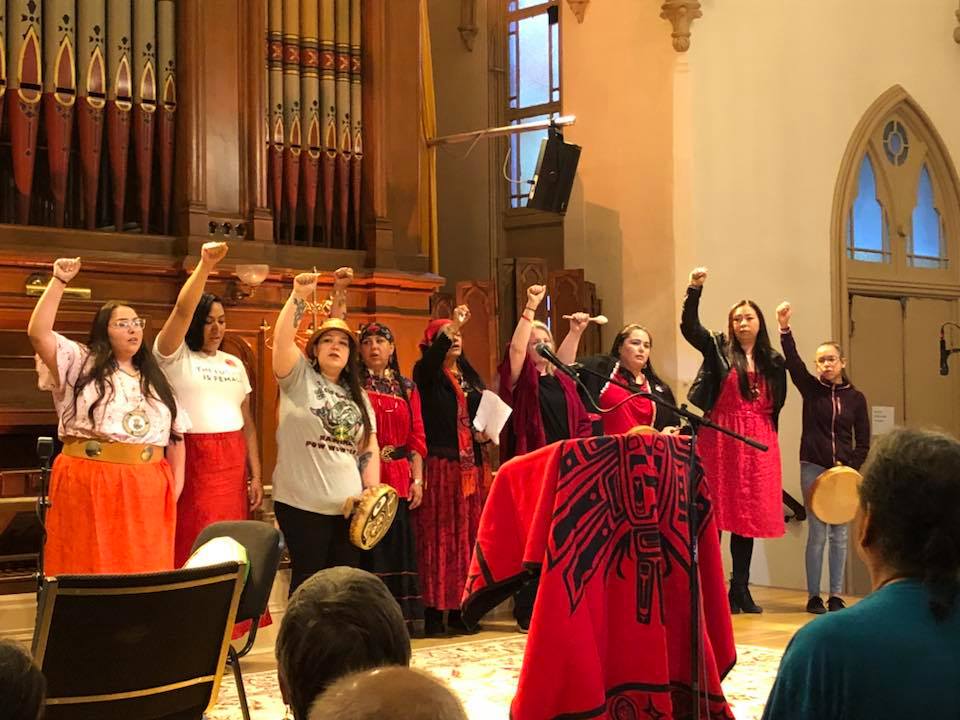 Stay Connected We Need Your Help to Report Information, Advocate and Spread The Word

These two women were integral in the early days of MMIW USA. Amy’s situation was the first family contact Deborah had as a native liaison at Missing in New Mexico and it was through her sister Christy’s eyes that she saw the hell that the MMIW families went and still are going through through today. Sherry’s story was quit the same. Families like these are why we do what we do. 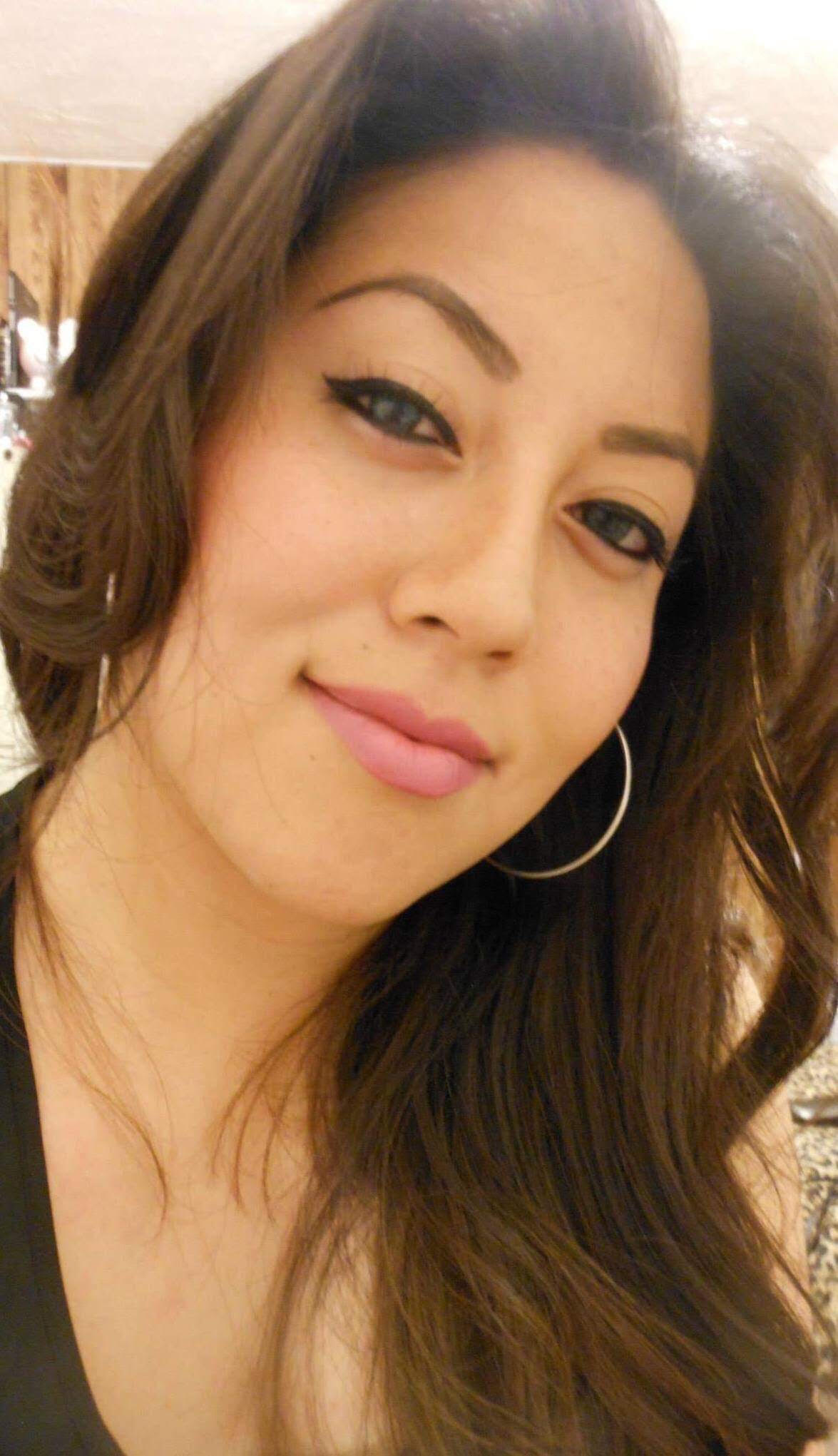 In 2014, Amy Lynn Hanson, a Dine’ woman who was attending UNM-Gallup, went to visit her friends on Thanksgiving. That was the last time her family saw her alive, although Amy called her sister the next morning to invite her to go shopping in Farmington, NM. Amy had replied, “No, I think I’m going to go with my friends.” That was one of the last times Amy called home. When UNM exam week arrived, Christy knew something was wrong when she did not hear from her. In disbelief, Christy and their mother reported Amy missing to state police on December 8th. After an agonizing wait, authorities contacted Amy’s sister at work. A Native woman’s body had been found dumped in an arroyo south of Gallup, NM. On December 17, 2014. It was Amy. 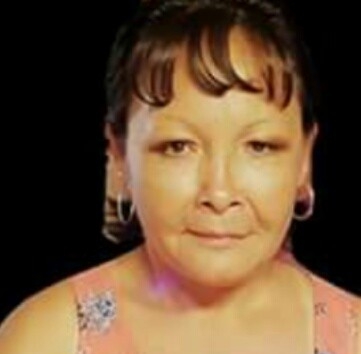 Sherry Ann Wounded Foot from was from Porcupine, Pine Ridge Reservation. Sherry Ann was found hurt and dying in White Clay, Nebraska on 8-17-2016. She passed away a couple of days later. Her son and brother were also killed in that town and Sherry’s death was instrumental in the closing down of all liquor related business in that town. She is survived by her daughter Sandi, who we communicate with to this day. She was a loving mother and a tough and strong and passed that on to others.

Email us at contact@mmiwusa.org or message us on our Facebook Page.

The Staying Sacred Program is being rolled out on October 20, 2018 and if you want to be part of this groundbreaking moment for MMIW USA and Portland Metro Area. We are having people present on culture, sexual violence, self defense and more and building this into a full blown program to empower and educate our girls and young women. We want to prevent MMIW and stop it in its tracks, for good.

This past November when so many families where celebrating Thanksgiving dinners we had a Facebook / GoFund me campaign for the families of Missing and Murdered Indigenous Women. Our allies at the dinners passed a red purse and told the stories of how generational trauma, disregard by the government and law enforcement, and the disenfranchisement of native people is causing this tragedy right in front of our eyes.

Thank you for considering helping our efforts. We are fighting for these women because we want the perpetrators to know that the families will fight back to get their daughters and loved ones back. We are also amplifying their voices to create awareness so that lawmakers and law enforcement can no longer neglect this issue. Lastly, we are also working with young women, through our “Staying Sacred” program, to give them the tools to prevent these tragedies. Your donations are crucial for this effort.

Donate
MMIW USA is a charitable organization organized in the state of Oregon, and is in the process of applying for federal recognition of tax exemption under section 501(c)3. We expect all direct donations since 2021, using the Donate page above, to be fully tax deductible.

In addition, if you or your organization require donations via a 501(c)3 nonprofit already recognized by the IRS, feel free to make a restricted contribution for MMIW USA’s programs via our fiscal sponsor, Tryon Life Community Farm.

We are not truly dead until the hearts of our women are on the ground.